Stephanie Ann Ball, lyric coloratura soprano is swiftly taking her place in the world of classical music with her warm, strong, lyric voice. As a highly sought after concert artist and curator, she has performed on stages alongside world-renowned composers such as the award-winning Mark Hayes, and the composer of the highly acclaimed new opera, Riders of The Purple Sage – Craig Bohmler. Following a recent collaboration, Mr. Bohmler said this of Ms. Ball’s work: “I worked with Stephanie for the first time where [we] did a concert of varied repertoire in Mesa AZ. I found her an incisive and committed performer who was easy to follow and whose mellifluous voice certainly touched her audience. I was pleased at her facility with many styles from Strauss to Spiritual.” Ms. Ball has been invited to perform as a guest artist on concert series across the country including St. Peter’s Cathedral in Mansfield, OH, the Cathedral Basilica of the Immaculate Conception in Denver, CO, and has commanded the stage of the famous Red Rocks Amphitheater in Colorado as a soloist for the Colorado Council of Churches.

Equally comfortable in the oratorio repertoire, Ms. Ball’s credits include appearances as the soloist for Mozart’s Requiem with the Bach Society of St. Louis, Handel’s Messiah with the Voices West Chorale, Songs of the Slave with the Larimer Chorale, Saint-Saëns’ Oratorio de Noël with First Presbyterian Church of Rapid City, Vaughan Williams’ Pastoral Symphony with the Jefferson Symphony, von Weber’s Mass in G and Mozart’s Exsultate, jubilate with the Ambrosian Choristers, and many others.

[…] An incisive and committed performer who was easy to follow and whose mellifluous voice certainly touched her audience.

A favorite of opera-loving audiences across the nation, she has performed the beloved roles of Adina in Mid-Ohio Opera’s production of L’elisir D’amore, Frasquita in Boulder Opera’s Carmen, Annina in Winter Opera St. Louis’ production of La Traviata, Adele in Die Fledermaus with the Aurora Symphony Orchestra, Bubikopf in The People’s Theatre of Denver’s production of Der Kaiser von Atlantis, among many others. Additionally, she has won many prestigious awards, including district winner of the Metropolitan Opera National Council Auditions in both Arizona and Kansas City.

In recent years, Stephanie has created two concept programs that showcase the many contributions African Americans have made to classical music. Renaissance & Remembrance: A Musical Celebration of Black History takes listeners on a journey through jazz, art songs by black composers, art songs featuring the words of black wordsmiths, and more. Her exciting concert Heading Up to Glory focuses on the many interpretations of the African American Spiritual, which she performs with both passion and sensitivity. Matt Daniels of St. Louis’ Tavern of Fine Arts says this of her singing: “She… is able to express its meaning to an audience through both the agility of her voice and dramatic movement that can encompass her entire body…”

Passionate about sharing the joy of classical music and its benefits with new listeners, Ms. Ball continually makes an effort to introduce opera to her community and has done educational outreach with several companies, most notably Opera Theatre of Saint Louis’ Artist in Training Preparatory Program, Arizona Opera, and Central City Opera.

Ms. Ball’s journey into classical voice began at a young age when her parents introduced her to many different types of music. Her father, a funk drummer, taught her about popular forms of music, while her mother gave her daughter more of the classical and gospel musical experience. She was a performer from the get-go and found her niche when she began studying voice in high school. Her journey into the opera world began as an undergraduate at Northern Arizona University, and she continued her studies at Washington University in St. Louis where she received a Master’s Degree in Vocal Performance. Now residing in Philadelphia, PA, she is enjoying becoming a part of that musical community as well. Offstage, she can be found obsessing over pastries and miniature desserts, browsing for bunnies on animal rescue sites, or wandering around an office supply store. 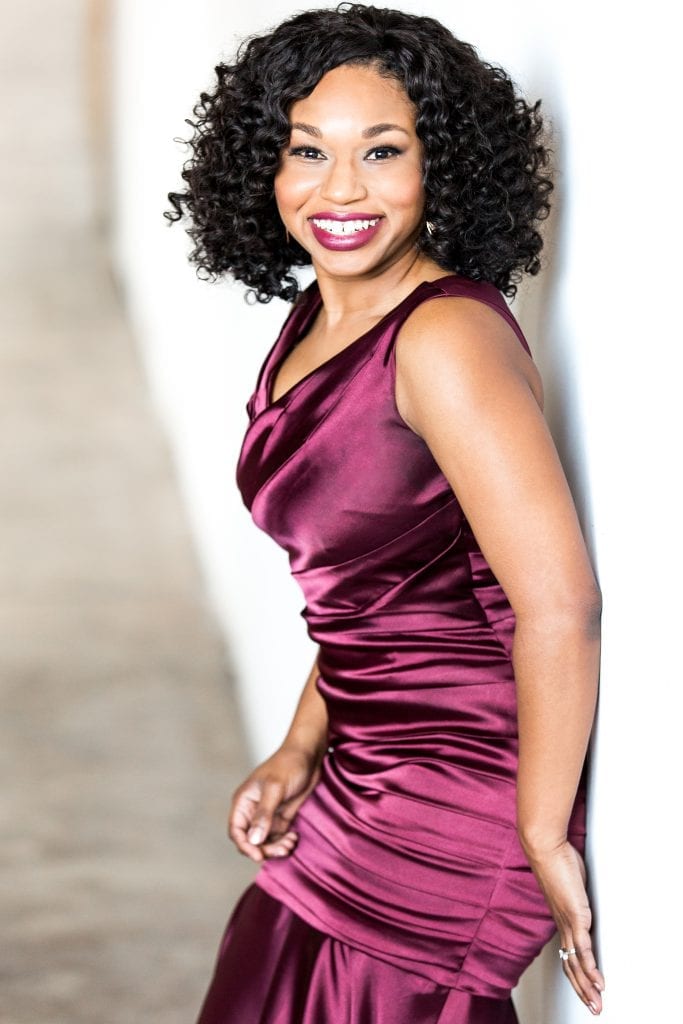